A Continent Varied In Land And Bird Life

We are a new website featuring Australian Birds and though there are many already online we hope to make it easier for our visitors to find and identify the more common birds of the country and hopefully some of the more 'exotic' ones as well.

Our work centers around the website building expertise of two of our members and the photographic exploits of some very professional photographers as well as some rather decent shots from our amateur friends as well. Gotta love digital photography!

We are putting together a website with specific lists of the groups of Australian Birds by types and species. By grouping the birds the way we have designed the site we hope it will be easier to Find Australian Birds.

A growing number of photos and data will also help our visitors understand the great variety and groups of birds in Australia.

NOW WITH OVER 100 AUSTRALIAN BIRD PHOTOS; 793 LISTED IN 105 CATEGORIES

Types of Birds Found in Australia

Endemic Bird species are those known to occur naturally within one country only.

Most birds that migrate to Australia and New Zealand are Shore Birds like some plovers, sandpipers, stints, godwits, curlews, snipes and the Eurasian Whimbrel.

Vagrant Birds are usually Migratory Birds which have migrated to Australia for any number of reasons still not fully understood.

An example of a Vagrant Migratory Bird is the Hudsonian Godwit which usually breeds in North America and Alaska and migrates to South America but has been seen in Australia at times.

The Birds in the Banner

New Holland Honeyeater: Small Bush Bird found in the southern half of Australia in forests and gardens, mainly where there are banksias and grevilleas.

Wedgetailed Eagle: Bird of Prey resident of all of Australia and southern New Guinea it is the largest bird of prey in the region.

The Western Spinebill: Small Bush Bird found only in the south of Western Australia.

Australasian Darter: Australian Shore or Beach Bird can be found all over Australia with a variety of distribution of the same general colours.

Silver Gulls: Shore or Beach Bird common throughout the sea regions and some inland waterways of Australia.

Pelican: Australian Water Bird common throughout the sea regions and all waterways of Australia.

We do not warrant or make any representation regarding the use, or results of use of the information contained herein as to its correctness, accuracy, reliability, currency or otherwise. 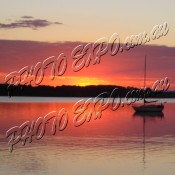